Ian and Sharon visit Dot to give their condolences but they are worried by her odd behaviour. Fatboy confides in Sharon that Nick tried to get in touch with Dot but Poppy intercepted. Dot just wants to be left alone and surrenders to her grief. She’s left reeling when Charlie reveals he is her grandson.

Everyone is surprised by Ian’s decision about Cindy’s baby. Jane shocks Ian with her proposal to close Scarlett’s if she is going to become a partner.
​
Kat’s guilt is driving her crazy but little does she know that Liam has told Carol about Kat’s new statement. A furious Carol tells her she won’t get away with it. 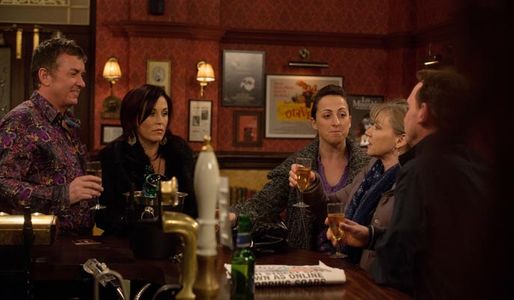