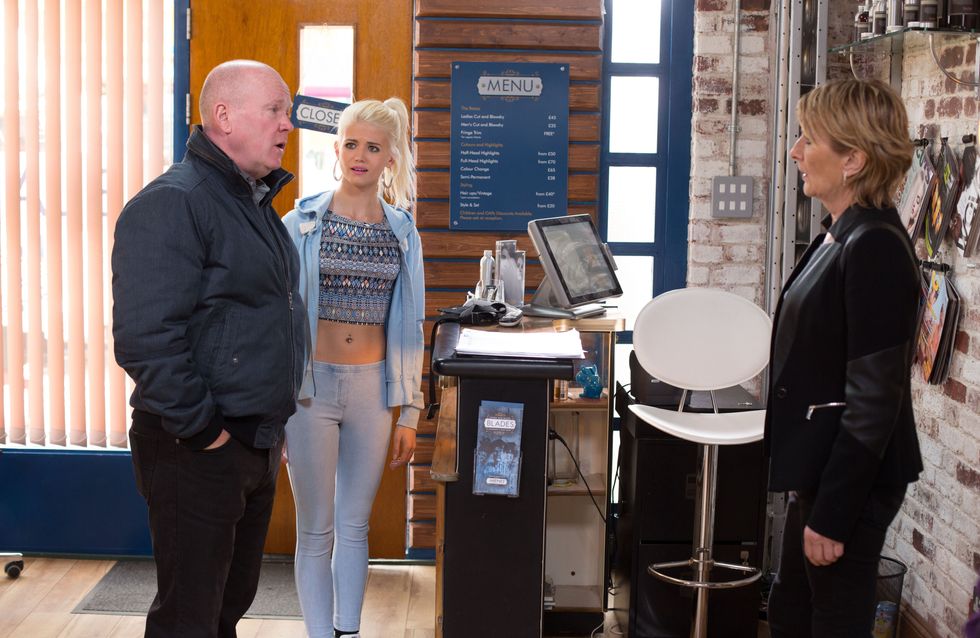 It’s the opening day of ‘Masala Masood’ but a distracted Masood is more focused on seeing his granddaughter. At the café, Masood comes clean to Jane about what’s going on and with Roxy looking after his stall, the pair head to the address. When they arrive, Jane tries to convince Masood to talk to Shabnam first but just as they’re about to leave, he thinks he spots his granddaughter, Jade. Despite Jane’s pleas, Masood takes a picture of her but they drive off before Masood has a chance to say anything. Back in Walford, Masood opens up to Jane but when they are interrupted by Shabnam, he comes clean and shows her the photo of the girl. A raging Shabnam and Masood quickly come to blows and Shabnam storms off. Later on, Masood takes drastic action and gives Jade’s address to Shirley and tells her she’s alive.

Meanwhile, Stacey and Kush continue to grow close when Carmel asks her to help plan a dance for the engagement party. With Kush struggling to learn the routine, an upset Carmel sends everyone home. Alone, Stacey encourages Kush to learn the dance for his mum but with the tension growing, the pair soon find themselves struggling to resist each other and as they lean in for a kiss, they are spotted by Shabnam – how much has she seen?

Ronnie’s plan to get her sister out of Walford is well underway when Roxy suggests she moves out to give Ronnie and Charlie some space. However after a disaster at Masood’s market stall, a defeated Roxy returns and tells her sister she’s here to stay. They both later see a glimmer of hope when Masood gives her a second chance on the stall.

Elsewhere, Shirley is left with no choice but to give Lola her job back after Phil offers to pay her wages leaving Dean smug. Carol plans to take Max and Liam out for lunch but is stopped in her tracks when she receives a letter from the hospital about her breast reconstruction surgery. 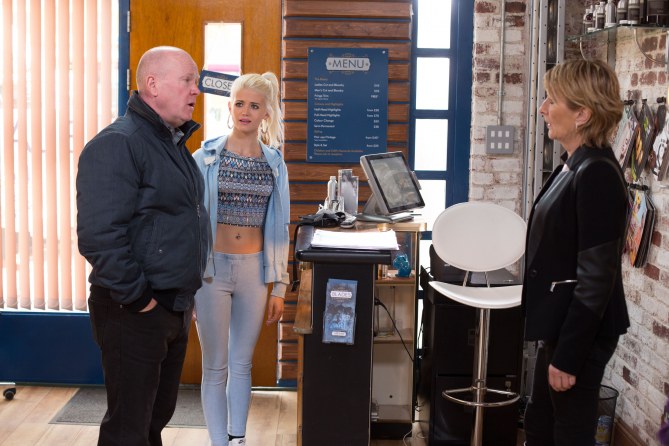