Lauren prepares to tell Steven it’s over between them but with no luck, confides in Max. At Beale’s, Abi pays a visit to Steven and pushes him to choose her over Lauren but Steven insists he loves Lauren. After bumping into Josh in the Square, a suspicious Abi checks in on Lauren and learns of her plans to end things with Steven. Seeing an opportunity, Abi makes a suggestion and Lauren later tells Max she’s planning to go to New Zealand with Louie.

With a little help from Bex and Shakil, Travis visits Louise and apologises for not giving her the benefit of the doubt. As Bex and Shakil leave, Alexandra overhears Bex talking about her and tells Madison she’ll get revenge.

Over at The Vic, Mick struggles to choose between hiring Patrick or Ted as the new pot washer as Fi and Shirley clash over who should get the job. Denise tries and fails to tell Carmel that she’s not invited to the group holiday. 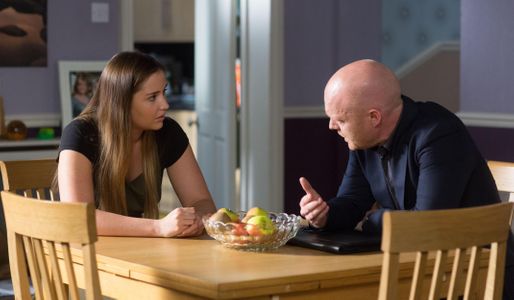