Ian tries to play games with Carl but it's clear who's in charge when Ian returns home to a worried looking Peter with a badly burnt hand.

Janine and Michael are working hard to one up each other; desperate for a place to stay Michael works on moving back in with Janine and when that doesn't work he works his charms on Alice again.

He feels threatened when he sees Danny paying Janine a visit, despite being gay the two appear to be getting close.

Jean is struggling with the pressure of her lie and spends time at her new allotment space to try and get away from it all.

Bianca is worried about her children - Liam's due in court tomorrow and Tiffany reveals she's in love, but she tells Carol not Bianca.

Patrick is conflicted; he likes Betty - who feels the same - but has stronger feelings for Cora.

Despite Dexter's reservations Ava and Sam go public with their relationship. 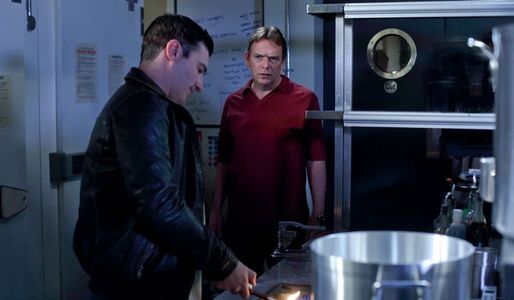