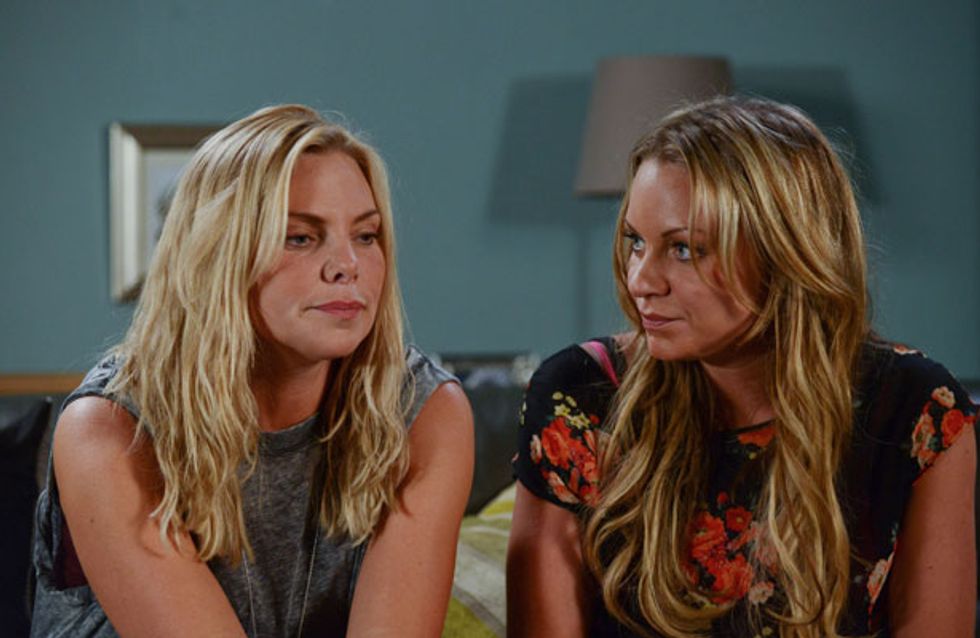 Kat is caught in the middle when Ronnie asks to see Roxy just as Alfie arrives on her doorstop.

She lies to Alfie and claims she's not heard from Ronnie and Roxy tells her she can't come and see her.

Michael tries to antagonise Ronnie and she snaps before thanking Kat for her help and telling her she's got to leave.

Before she leaves she makes one last attempt to see Roxy and ends up spending time with her and Tommy - Alfie walks into his worst nightmare.

Shirley is saying her goodbyes and despite being cross at her leaving Lola makes an effort.

Shirley warns Dexter and Jay off doing any more work for Carl - it's not worth it.

Jack and Joey do everything they can to help out the Brannings.

Back at The Vic, Alfie is furious, grabs Tommy and storms off.

He confronts Kat for lying to him and letting Ronnie back in.

After they talk over the past they agree to look to the future and Kat toasts his marriage to Roxy.

Roxy and Ronnie have a heart to heart and their jokes send Alfie mad as he walks back in.

He demands Roxy chose between him and her sister.

Carl takes his plans one step further and informs Ian he has to admit he's guilty and break things off with Kirsty - or he'll hurt Lauren.

Shirley catches Ian in chats with Carl and tries to get him to explain their new friendship.