With Stacey and Arthur still missing, Martin, knowing something is wrong, is desperate to find them. Meanwhile, Nancy and Tamwar soon hear a crying baby and realise that Stacey and Arthur are on the roof of The Vic. Tamwar rushes to find Martin as Nancy approaches Stacey but she soon realises all is not well. Martin soon arrives and realising Stacey is unwell, he tells Nancy to leave. As the pair talk, Martin convinces Stacey that he will take care of her and Arthur but he’s shocked when Stacey tells him Arthur is not his son - he's god’s. Martin gains Stacey’s trust by pretending to share her delusion and she hands Arthur to him. Martin’s relief is shortlived when Stacey slips nearly falling from the roof but Martin grabs her just in time. Desperate to get Stacey home, Martin leads Stacey away from The Vic, dismissing Nancy's concerns but deep down he fears he is out of his depth.

With Shabnam knowing the truth, Kush realises his marriage could be over but he is also fearing for Arthur’s whereabouts.

Kat, Mo and Alfie are trying to come to terms with Charlie's death but they are all unaware of Stacey's whereabouts. Billy struggles when he arrives to take Charlie's body away, stating he was the best father in law. Alfie tries his best to support Kat but knowing Kat has to know the truth about his own health, he finally plucks up the courage to tell her but they are interrupted when Belinda arrives, who angrily tells Kat she has finally killed their dad.
​
With Alfie's words still on his mind, Phil’s guilt about causing the crash intensifies when Sharon admits that seeing Kat with Charlie made her relive Christmas Day all over again. Seeking solace, Phil drinks alone in The Arches but Shirley spots him and it doesn't take long for Phil to blurt out the truth - it was him who was driving on Christmas Day... 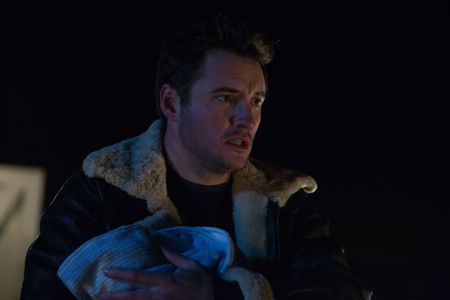