Michael confronts Alice for giving Janine the idea of changing Scarlett's name. Alice flees upset and Michael's stunned to receive an injunction from Janine to stop him seeing Scarlett. He waits on Janine's doorstep and devises a plan. Alice passes and reminds him he's breaking the terms of the injunction.

Later, Janine has to leave the house and Michael warns her to revoke the injunction. Terrified of what he might do, she announces to everyone that he tried to strangle her. As he's publicly humiliated, he has an idea.

Alice is shocked when Michael tells her he wishes he'd finished off Janine. Alice starts to pack her bags but Michael begs her to stay.

Also, David repays his loan to Janine before visiting Ian, who's stunned to see him back. And Whitney is shell-shocked when she's offered the assistant teaching job. 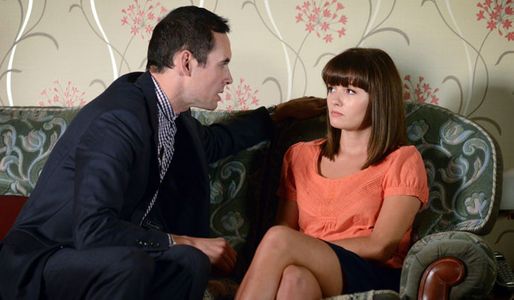