Ian wants Peter stick to the story that a gang of kids are to blame for his injuries. Meanwhile David starts interrogating Peter and Ian in the hope of finding out the truth about Carl's involvement in Max's arrest.
David tries to scare Carl at Ian’s restaurant, making Carl furious and Ian scared that Carl will end up killing them both.

Carol is fed up with the commotion of having Terry and his kids in the house. Seeing Carol upset and stressed, Masood offers to move in, but Carol’s unsure.

After spending the night with Carl, Kirsty steals money from his dresser to pay her debts, but Carl is secretly awake and sees everything…
​
Kirsty arrives just as the loan shark arrives to repossess the Brannings’ possessions, however Cora wants to know where she spent the night and how she got the money. 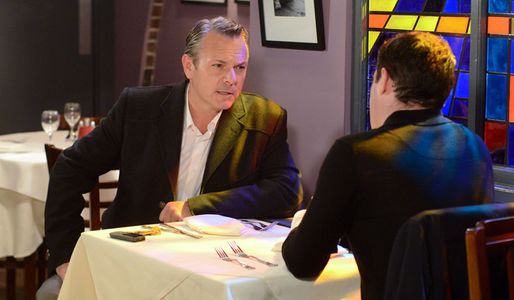