Pam is devastated when Billy fails to come to terms with what he saw and the pair agree that Billy should move on from his job. Feeling hopeless, Pam tells a reluctant Les she’s had enough and it’s time for them to retire and move away from the Square. Les eventually agrees to the idea but Paul is less than pleased by the news and tells his grandparents he’s staying in the Square, much to their disappointment. Paul confides in Ben who comes up with an idea and they tell Pam and Les the news– Ben and Paul will take over Coker and Sons. As things look up for Pam, she is shaken when she gets a visitor – Paul’s mum, Jenny, – but she immediately tells her to go.

Linda shares her plan of honouring Peggy and later holds a ceremony at The Vic.​ Steven and Lauren decide to look for their own place in Walford but at the hospital, Steven and Ian receive some frustrating news – Jane has given up trying with her physiotherapy. Steven suggestsJane would be better at home but despite it not being recommended, Jane is keen leading Ian to start the arrangements. Lauren is disappointed to hear that Steven thinks they should move into the Beale’s to help with Jane. 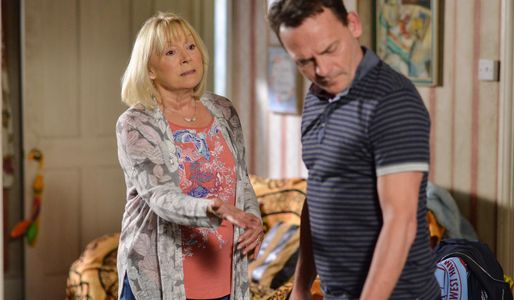