It's Pam and Les' anniversary but Billy is worried when he realises Les hasn't come clean to Pam about his secret. Billy comes up with an idea to bring the two together leaving Les with no option but to tell his wife the truth. Although upset that Les lied, Pam seems to soon forgive him - but can she trust him?

Elsewhere, Stacey confronts an emotional Kat and soon realises just how much Kat is struggling. Taking matters in to her own hands, Stacey visits Max and asks him to offer Kat some work. Meanwhile, Mo is on her own mission and takes Kat's phone - what does she have planned? Outside, Kat is left upset when she sees a new trader in her old pitch but she soon perks up when Max offers her some cash for helping with some paperwork.

It's the day of the Minute Mart closure and a worried Shabnam reveals her fears about the future to her family. However, a distracted Tamwar is more concerned about his lunch date with Nancy and starts the preparation. At the Minute Mart, Kush offers Shabnam some supportive words and she decides she'll tell Masood the truth about their relationship at the meal later that night. Back at the Masood's, Tamwar's lunch date doesn't quite go to plan when a worried Nancy breaks down and reveals she's struggling to cope with everything that's happened to her family. Tamwar tries to be supportive but is left thrown when Nancy leans in for a kiss …

Sonia continues to grow worried about Carol's odd behaviour when she refuses to punish Liam for skipping school and instead lets him stay with Cindy. Sonia can tell something is wrong but when Carol refuses to open up, Sonia decides to make a call - does she know what's wrong?

A surprised Masood and Shabnam arrive home to find Nancy leaving and immediately start to question Tamwar about what happened. Meanwhile, Kush buys some flowers for Shabnam only to be caught out by Donna – can she keep their secret? Later on at Shabnam’s leaving party, Donna lets slip to Masood about Kush and Shabnam but he manages to bite his tongue.

Back home, Masood can no longer hold his tongue and confronts his daughter about hiding her relationship with Kush. Although angry at first, Kush is surprised when it seems Masood has accepted the idea but soon learns Shabnam may have mis-understood Kush’s intentions …

Les is left worried when Pam leaves her pitch with Donna and won’t pick up the phone but later learns she has returned a present for Donna’s birthday and cancelled their anniversary dinner. Feeling guilty, Les surprises Pam with a romantic evening and the pair seem united once again. However Les soon receives a message from the mystery woman – what is he hiding?

Elsewhere, a worried Sonia arranges for Carol to speak to a counsellor from a cancer charity. Although reluctant at first, Carol soon opens up and reveals her fears and worries. Meanwhile, Sonia grows frustrated when Rebecca continues to ignore her messages. Later on, an angry Martin turns up with Liam and says he found him in bed with Cindy with condoms from Sonia.

Things are looking up for Kat when Mo arrives with new stock to sell on the market and tells her it’s from Fat Elvis. 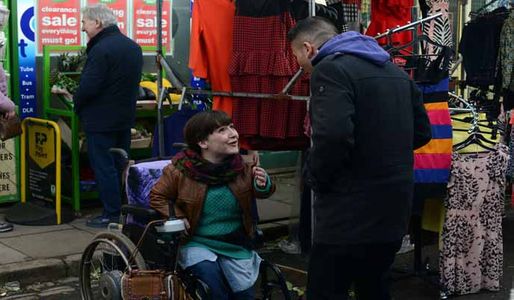