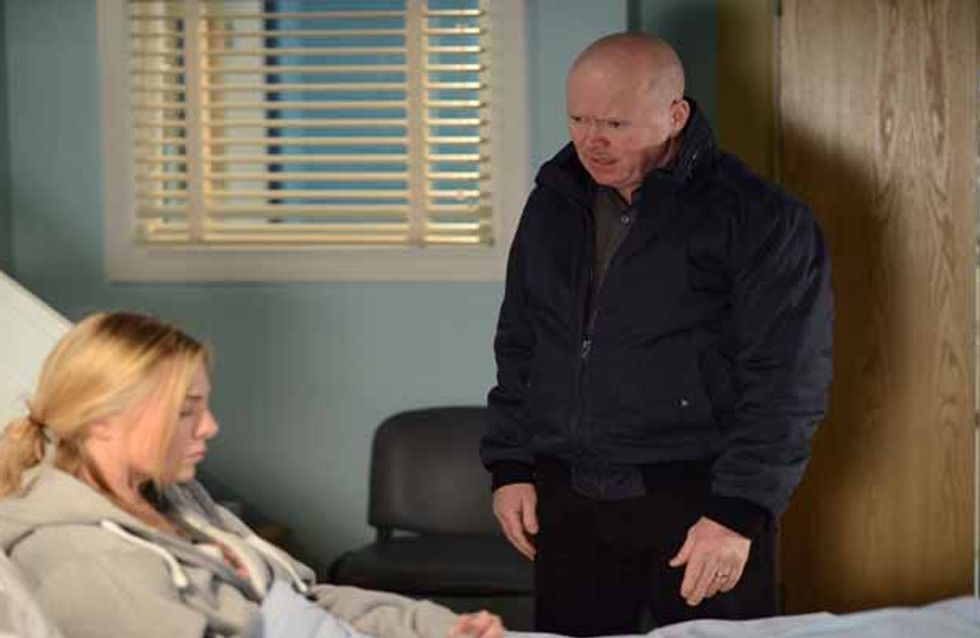 Linda’s world crumbles when she wakes up after her fall and is unable to find Mick. Outside, Kat spots an injured Linda and is alarmed when she reveals she can’t feel the baby move and her waters break. Sonia spots the commotion and springs into action driving Linda to the hospital and enlisting Carol’s help in finding Mick. A distraught Linda pleads for Mick but with her fiancé nowhere to be found; Kat steps up and assures Linda everything is going to be okay. At the hospital however, things take a turn when the midwife struggles to find a heartbeat and asks Sonia and Kat to wait outside.

Over the Square, Buster spots an upset Mick and after coming to blows, takes him to the café to calm him down. The tension rises as the pair talk about Dean but just as it seems they are finally understanding each other, they are interrupted by Carol who breaks the news about Linda.

Back at the hospital, Linda anxiously waits for news on her baby and as a panicked Mick enters, everyone is relieved to hear the baby’s heartbeat. As Linda goes into the final stages of labour, her and Mick are united as ever and apologise to each other for their earlier argument. Outside, Whitney, Lee, Tina and Nancy arrive and eventually hear the cries of a healthy baby. Meanwhile, Dean oversees the commotion with Linda and later attempts to go to the hospital but is quickly stopped by Shirley. Adamant the baby is his and worried about the baby being premature, he later sneaks out and heads to the baby care unit where he sees Linda’s baby.

Elsewhere, Vincent questions Ronnie about his bombshell but she soon realises he’s got the wrong end of the stick and calls Phil for help. Fed up of clearing up after his cousin, Phil refuses to help Ronnie. 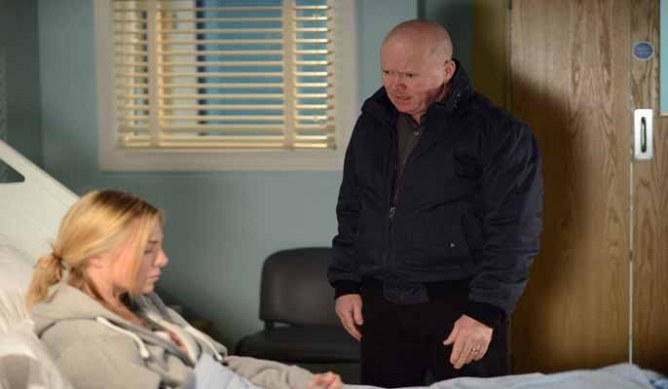