Eastenders 12/1 - Tensions are running high at the Slaters

Tensions are running high at the Slaters as Belinda arrives to take Mo home. However, with Belinda's accusations still hanging in the air, Kat finds herself at war with her sister but Alfie is quick to jump to Kat's defence.

Kush and Shabnam's relationship is at breaking point but he desperately tries to hold onto his wife but can he persuade her to stay?

Martin finally has Stacey and Arthur safely back home but desperate to keep them there he promises Stacey he is not going to leave them alone. He worries when he realises that Stacey's psychosis is still intense. Martin struggles to know what to do but he keeps his fears to himself. When Nancy calls to tell him she has Stacey’s phone, Martin leaves the flat but he tells Alfie Stacey is asleep and he doesn't want her disturbed. Nancy probes Martin about Stacey but he doesn't reveal anything but later when Alfie asks after Stacey it looks as though Martin may admit the truth..

Phil finally goes home but learns that Sharon has left for the hospital after receiving an urgent call about Dennis. Phil rushes to be with her to find that Dennis has contracted an infection and Sharon vows she will never forgive Ian for what he has done. When they later return home, Phil’s guilt catches up with him and he finally confesses - he was driving the car on Christmas day...

Kat opens up to Alfie about her conversation with Sister Ruth 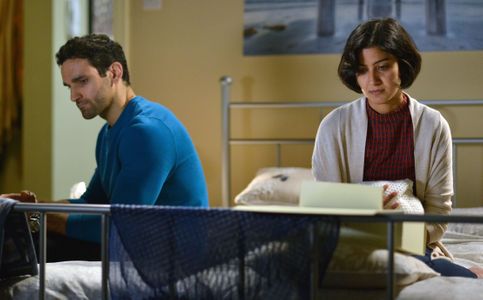