Denise heads to the hospital with Patrick by her side to be induced but as she goes into labour, she gets more than she bargained for when Kim arrives. Overwhelmed, Denise asks Kim and Patrick to be with her during the birth but will Denise tell Kim the truth about the adoption and will she go through with it?

Whitney is determined to celebrate Mick’s upcoming birthday but after Whitney and Lee give him a touching present, Mick secretly tells Lee to return it as they need the money. As the night comes to an end, Babe bitterly confronts Whitney and tells her she’s no good for Lee; she’s ruined his life.

Bex is left torn by her future and debates going off to college or staying at sixth form to do A-Levels. Bex admits to Stacey that she still has feelings for Shakil​​. Outside, Bex bumps into Keegan who winds her up over her feelings towards Shakil. 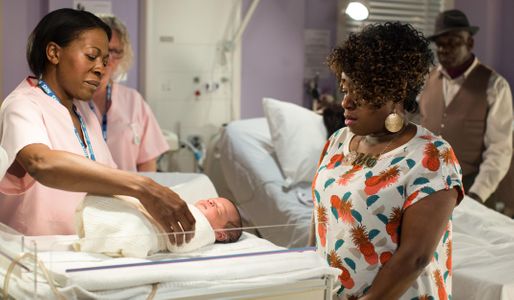