Determined to get Phil back, Ben gives Kathy some money and she goes to meet Gavin at the park. Things take a turn however when Ben turns up and before Kathy has a chance to send him on his way, Gavin arrives and embraces Ben. It doesn’t take long for Ben to see Gavin’s true colours when he demands more money and reveals him and Kathy will soon be leaving Walford. Back home, Kathy defends Gavin and explains she has to leave to keep everyone safe but not wanting to lose his mum again, Ben tells her they’ll leave together.
​
Shabnam prepares for the social worker’s visit but things don’t go to plan when Fiona asks about Zaair and suggests they need more time before they consider looking after a child. Believing Dean is the one who told Fiona, a fuming Shabnam storms over to Blades to confront him but as she argues with Roxy, Kush admits it was him who spoke to Fiona. Back home, Kush explains his actions but Shabnam refuses to listen. However after a conversation with her father, Shabnam goes to The Vic and tells Kush he’s right – they should wait. After hearing of Shabnam’s plans, Dean storms into The Vic and confronts an upset Shabnam. Later on, Shabnam goes to visit Jade.

It’s Nancy’s birthday but after hearing she wants to keep it low key, Elaine encourages Tamwar to do something special. Later at The Vic, Tamwar surprises Nancy with an emotional gesture. Over at Blades, its Roxy’s first day as salon manager but she soon finds herself in an argument with Dean. Elsewhere, Donna flirts with Fatboy and after sharing a kiss, Donna finds herself leading Fatboy to the bedroom … 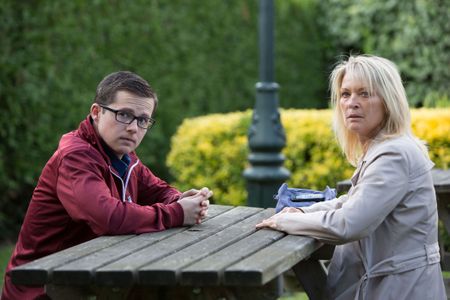