Les begins to have doubts about the move but Pam assures him it’s the right decision for them. Over at the parlour, Billy has some teething issues in his new role leading Claudette to offer some advice –he needs to show the staff who’s boss. Later on, Les is impressed when Billy makes it clear that he is now the manager.

At the homeless Shelter, Pam drops off Paul’s clothes and gets a shock. Elsewhere, Steven shares a video with Lauren of Louie saying “dada” but is taken back when she says she wants to send it to Peter.​ 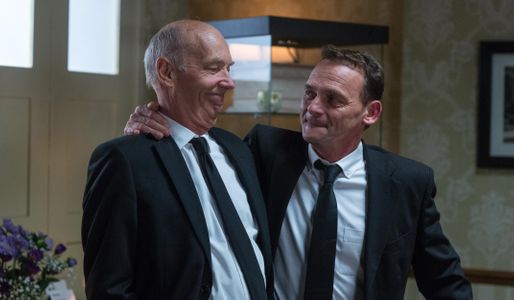