An excited Sonia tells Jane she’s been offered a new job away from the Square but admits she doesn’t want Tina to come with her. However outside, she starts to have doubts about if moving away would be the right thing for Bex but after confiding in Stacey – who suggests Bex stays with her and Martin – Sonia begins to feel more positive and tells Tina the news. Things grow awkward however when Tina implies her and Sylvie would move with her and is knocked back even further when a fuming Martin accuses her of being selfish by leaving Bex behind – what will Sonia do?

A cheerful Carmel tells Denise that she’s making a go of things with Masood who has implied he’s cancelled plans to go travelling for her. After sharing the news with Shaki and Kush – Carmel learns some upsetting news from Denise.

Jane forces Ian to talk about their relationship and pleads with him to treat her as he did before her injuries. Ian eventually opens up and admits what’s going on. ​​ 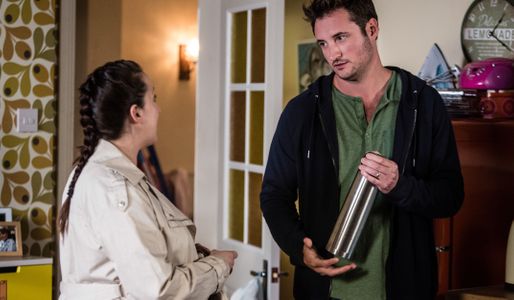