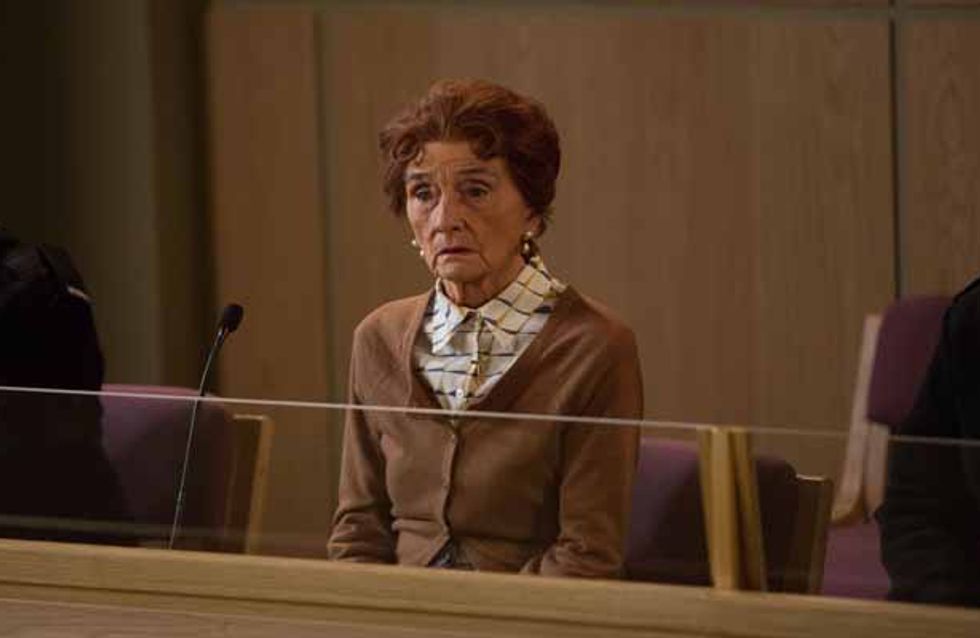 As Dot’s trial continues, a nervous Charlie prepares to give evidence and Ronnie surprises her family by going to the court in support of her husband. At the court, everyone is relieved to hear the missing witness still hasn’t been found but the trial soon takes a unexpected turn … Later on, as Charlie gives evidence, a distraught Dot interrupts causing the proceedings to come to a halt. After Dot reminds the judge it’s her on trial and not Nick, she is reminded that she must remain silent as she has decided not to give evidence. If, however, she would like to give her side of the story to the jury, she can… A brave Dot takes to the witness box but it’s soon clear it was the wrong decision when the prosecution turn Dot’s own evidence against her…

Elsewhere, Lee struggles to come to terms with having a new sibling and not knowing who the father is. After receiving a video from Linda, Lee tells Nancy and Whitney he’s not going to the hospital. Mick overhears the conversation and pulls Lee aside. As the pair talk, Lee reveals his fears about the baby being Dean’s but Mick assures him he’s a Carter – however does Mick believe his own words? With Mick’s reassurance, Lee heads to the hospital to meet the new baby Carter with Nancy and Whitney.

Over the Square, Shirley is desperate to see her new grandchild but begins to worry when Dean says he’s been to the hospital and is adamant the baby is his. Outside, Shirley pleads with Mick to let her see the baby but when he refuses, she goes to the hospital with Dean and Buster. A furious Mick warns Dean to leave and is left stunned when Shirley tells Mick and Linda they need to do a DNA test for everyone’s sake.

Later on, Stacey throws a coffee at the window of Blades and reveals to Kat and Alfie that Dean gave her a horrible job reference. 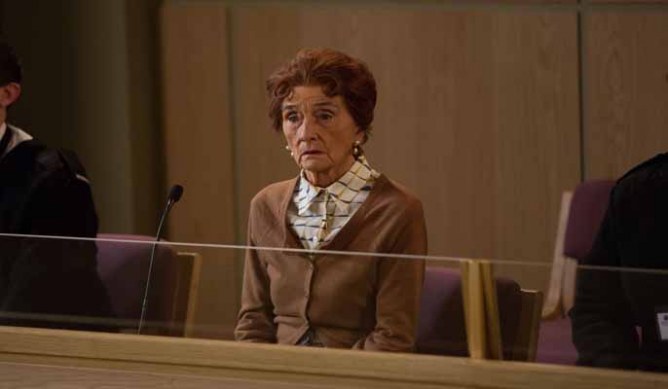