Eastenders 14/08 – Mick gets paranoid people are avoiding him 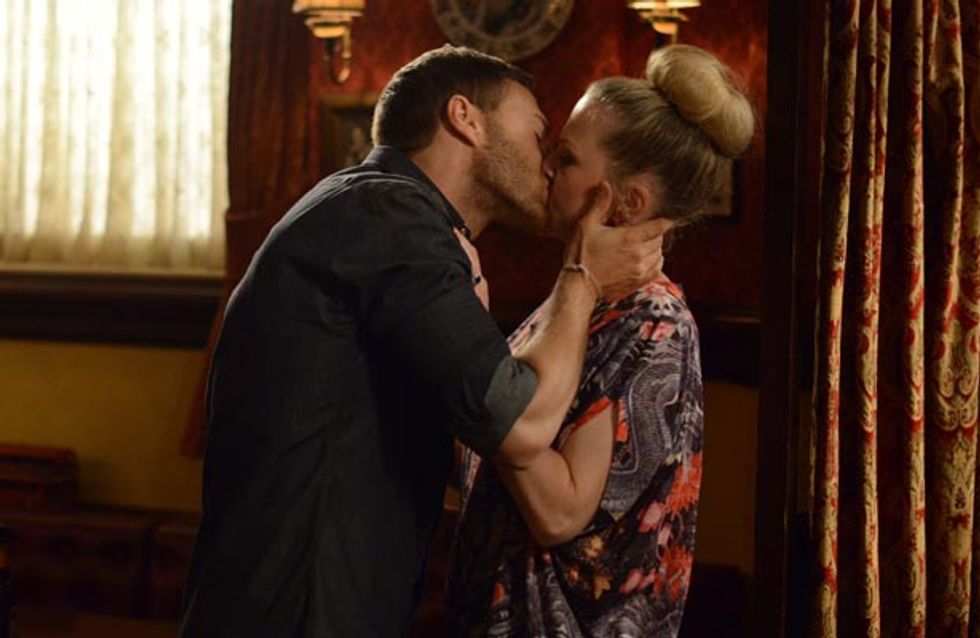 When he tries to hand out vouchers for the promotion, Mick becomes increasingly paranoid that people are avoiding him, inciting him to unfairly snap at Fatboy. Understanding that the drinks promotion is important to Linda, Dean arranges for a crowd to attend and The Vic is finally buzzing again. Panicked when people start to leave to go home to watch the televised appeal, Linda comes up with a plan to air the appeal in the pub. The appeal features the police asking for witnesses to come forward who were on the bus with Lucy, in particular a man in a beanie hat that was sat behind her and got off at the same stop. When a furious Phil sees what is happening at The Vic he challenges all the punters, saying it’s disgraceful to be watching this in a pub – it’s not entertainment.

Jay persuades Abi to go to the pub with him, to take her mind off her impending exam results. They meet Lauren, Whitney, Peter and Lola. Whitney and Abi see Dean checking out Lauren and convince her to go and talk to him. Dean, seeing that Linda is watching, flirts back. A jealous Peter makes his excuses and leaves.

Dean’s attempt to help Linda move their television down in to the bar is met with a frosty response when she tells him to stop hitting on her. However later when Linda is upset and the two are alone drunken Dean tries his luck and kisses Linda. But how will see respond?

Ian opens up to Phil about seeing Rainie on Good Friday. He explains that Rainie is still blackmailing him. Phil agrees, Rainie is a real problem, she needs to be dealt with…

Meanwhile, seeing Phil’s loyalty to Ian, Sharon is touched by Phil’s kindness and questions whether she should go ahead with her scam. 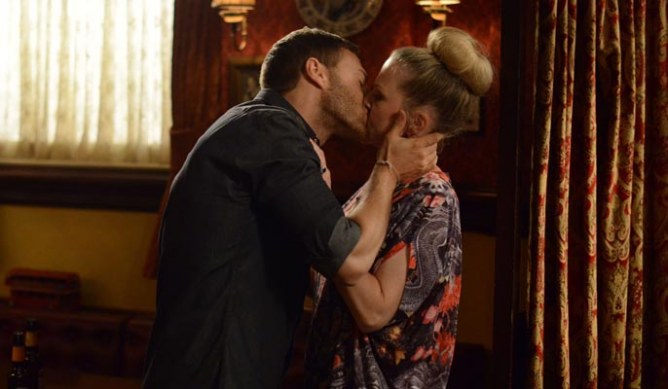