Jack throws a house party for Ronnie to cheer her up in Roxy's absence. He invites Phil but he refuses to play happy families. Tensions rise between the boys and Phil loses his temper, telling Jack and Ronnie exactly what he thinks of their relationship.

Phil forces Ronnie to choose between him and Jack and she chooses Jack. As Phil walks away, Jack is aware he's all she has now.

Elsewhere, Alice is worried Michael's having second thoughts after they spent the night together, but he soon quashes her doubts. He wants her to keep quiet but when she lets slip what happened to Janine she's sacked.

Alice plucks up the courage to tell Michael and is relieved when he's not angry - though as she leaves it's clear he's secretly fuming. His plan is ruined.

Also, Carol doesn't trust herself to be alone around David and so decides to go with Masood to visit Syed. When David doesn't beg her to stay she presumes she'll never see him again - but he isn't going anywhere. 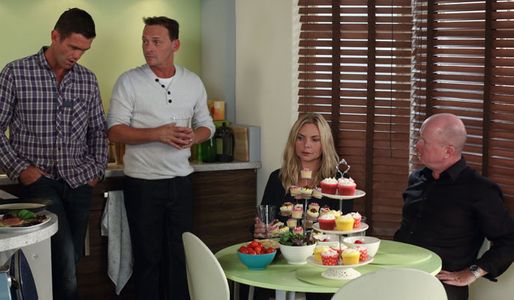