After hearing what has happened with Zainab, Masood makes a big decision that would mean saying goodbye to Walford.

​Whitney puts pressure on Lee to put a deposit down on a flat they viewed last week but he covers and tells her the flat has already gone. Whitney is delighted however when Jack tells them a flat has become available at number 5 at a discounted rate but Lee secretly worries he can’t afford it. With Roxy feeling pushed out by the Mitchells, Ronnie invites her over for dinner. Jack finds another house out of London to convert into flats. The residents are left upset when they learn the council won’t be providing a Christmas tree again this year. Kathy agrees to ask Ian to sponsor one. 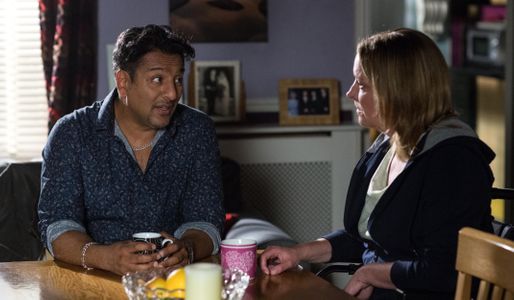