All alone out in the wasteland Ian pleads for his life, terrified that Max and Phil are going to kill him. Eventually they admit that they’re not going to kill him, but they need a favour, and they reveal their plans to finally get revenge on Carl…

Max returns to his family and tells Kirsty he loves her and that he didn’t mean what he told her in prison. While Cora, Lauren and Kirsty are happy to see Max, Abi battles with her feelings after believing her dad was guilty for so long.

David continues to try to win Carol’s trust and admits to her that he was behind Ian’s disappearance, which he did in order to protect the family.
​
Sam is feeling suffocated and offers to go out and get milk, but he takes his passport and pills with him too. Is Sam about to disappear again? 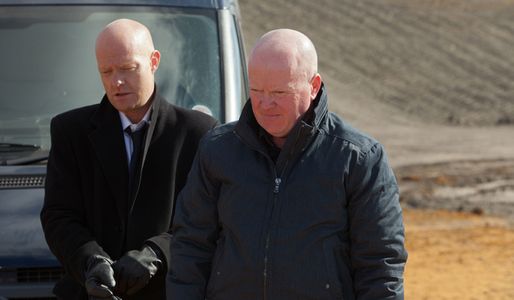