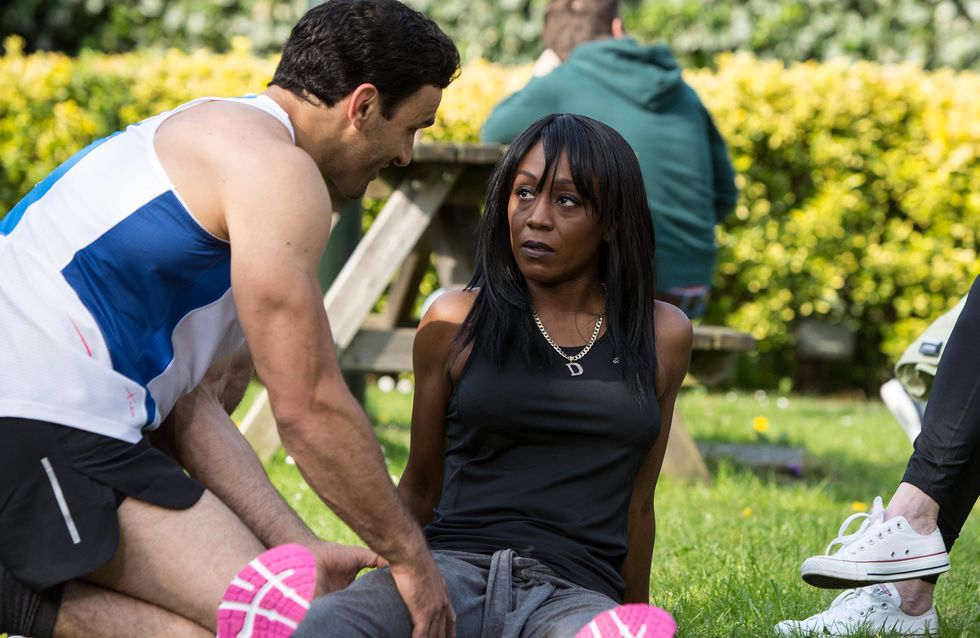 Lauren goes to The Vic to rally her friends for a night out at The Albert. She finds Johnny struggling to help Babe in the kitchen and it gives Lauren an idea. After getting ready, the group head to The Albert but things quickly go downhill. Alone, Abi starts to talk to Lee but Lauren quickly jumps in and takes a drunken Abi home where she reveals a secret – her and Lee slept together.

After the disastrous night out, Whitney takes a drunk Lee home and secretly contemplates opening a pregnancy test. Back at The Albert, Kyle brings up the folder of Andy’s newspaper cuttings but is taken back when Andy snaps and shuts him down. Later on, Roxy and Andy share a goodnight kiss.Elsewhere, Shirley joins Denise for her first training session with Kush but Denise struggles to keep her eyes off Kush. Despite an embarrassing session, Denise agrees to another session the following day.

Meanwhile, Jack gives Billy food for thought on the situation with Janet. Pam continues to question if she did the right thing not telling him the truth. As Pam struggles to hold it together, she tells Les that Paul deserves to know the truth.​​