The Taylors arrive in Albert Square and immediately catch the eyes of their neighbours … but what trouble do they bring?

Elsewhere, Lauren assures Max there’s nothing going on with Josh but gets more than she bargained for. With Father’sDay approaching, Jane worries about Ian and tries to talk to him. As Ian explains Steven isn’t the same as Peter or Lucy, a devastated Steven overhears. Jack searches for a nanny to help with the children. 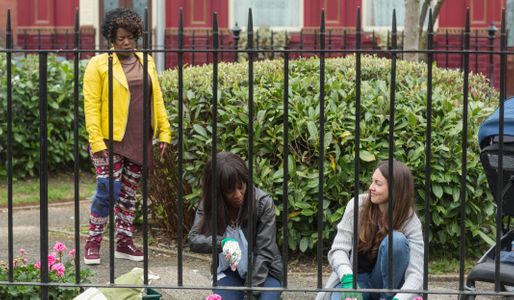