Kirsty gets the fright of her life when Carl's brother Adam attacks her in the street and demands two grand.

Luckily Carl spots them and pulls him off him - Kirsty runs off and Adam explains to his brother how he owes someone money.

Max is furious when he sees Kirsty in a state.

He and Phill go to R&R to find him and learn from Joey about the dealing. They force him to leave Walford, which he does - unharmed.

Kirsty and Max have a blowout over Carl and after she storms out he reports him to the police.

It's Lauren's first counselling session. She waits nervously and meets a boy named Jake in the waiting room.

Despite her initial worries the session goes well and she comes out realising just how important her recovery is and home much she cares about Abi.

Abi and Tamwar play a prank on Bianca and Kat to pay them back for what they did the day before to Tamwar. 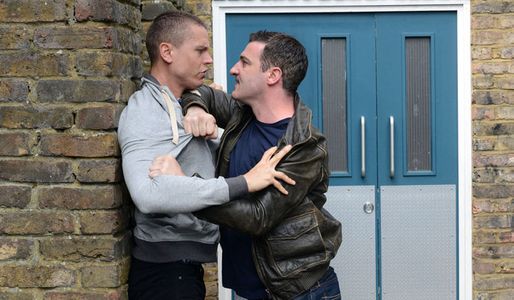