Ronnie's feeling hurt that Phil's ignoring her so Jack wants to prove his love - by buying her an engagement ring. But things go downhill when they look after Lexi and realise this is the life they could have had.

Realising they can't get over their past, Ronnie makes a heart-breaking decision and Jack decides to leave Walford.

Elsewhere, Michael convinces Whitney that Janine is struggling so she goes to visit and offers to look after Scarlett. But when Whitney suggests Michael could help Janine quickly realises he's spoken to her.

Also, Miss Teen Vic is underway and Cindy offers Patrick half her winnings if he fixes the competition. Fatboy's pleased Poppy has come along for the event but is worried the night will be a flop with only one competitor.

But after Fatboy gives an inspirational speech Poppy's impressed and more girls enter. Lucy is kicked out in the first round because she gets annoyed with Danny's flirting, but Cindy and Poppy make it to the final. As Fatboy confesses his love for Poppy, the couple are reunited. 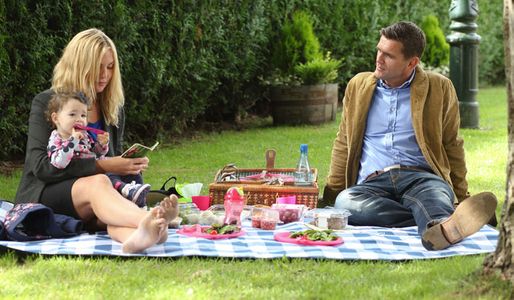