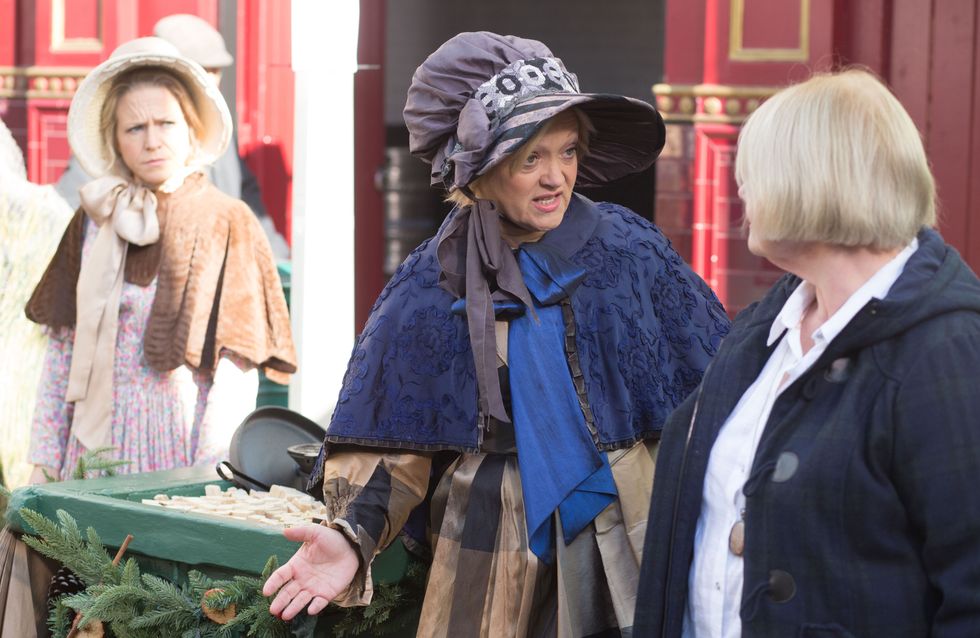 After a disappointing turnout to Victorian Day, Babe sees an opportunity to make amends with Linda and goes all out to make the day special. Things take a turn when Linda finds a dishevelled Cora in the alley and attempts to get through to the council to find her somewhere to live. After failing to reach anyone, Babe comes up with an idea and enlists the help of various residents. The group soon find themselves taking over the Council’s Christmas lunch and refuse to leave until they agree to house Cora. Meanwhile, Mick grows suspicious of Linda’s snappy behaviour and she eventually admits she can’t go through with the wedding.

After watching Lily in the Christingle, a touched Stacey opens up to Dot about seeing a vision of her dad on Halloween. As Stacey says a prayer, she is left shaken when she spots the mysterious stranger from Halloween and later tells Martin she thinks she’s being followed. A furious Claudette shares some harsh words with Vincent forcing Kim to step in and defend her husband. 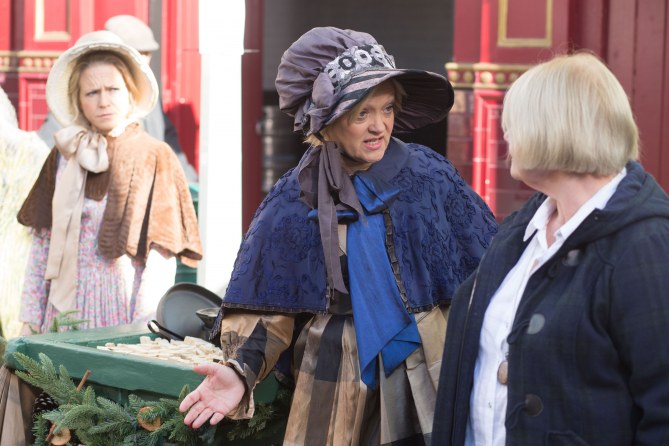