Babe pushes forward with her plan to worm her way back into The Vic but is knocked back when Linda tells her there’s a long way to go. Feeling unwanted by everyone, Babe plans to leave but after a run-in with Claudette, she becomes more than determined than ever to get what she wants. After sharing some harsh words with Les and demanding more money, Babe plays havoc at The Vic.

Fed up of the bickering, Linda fires Abi. As Babe closes up for the day, she gets a shock when someone takes their revenge - but who?

With Dean’s trial approaching, Roxy is fuming to discover Ronnie has written to him asking him top lead guilty. As reality hits home for Roxy, Jack and Ronnie help her prepare for what’s ahead.Patrick agrees to dinner at Dot’s but soon realises he’s been set-up when she reveals Claudette is also invited. The pair soon find themselves alone and despite their reservations, go back to Patrick’s together ...

Elsewhere, Denise does her best to avoid Kush after spending the night with him telling him Carmel is too much of a friend for them to be together. After Denise helps Carmel with her job interview for the market enforcement officer role, leading Carmel to toast to taking chances. Despite her hesitations, Denise invites Kush over…​​ 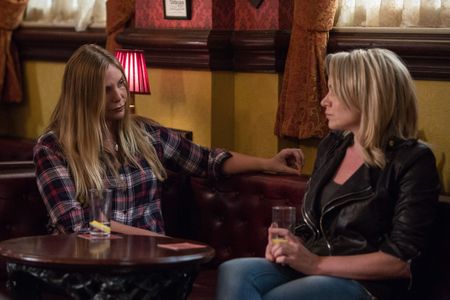