Max fires David after seeing the scratched car. David apologises and tells him about Carol’s cancer, telling him he just wants to be able to provide for her. Max feels a bit guilty and lets him into the business. Max visits Carol to show his support, but she in turn is freaking out about a positive pregnancy test she has found in the bin. Who does it belong to?!

Kat finds out Alfie wants to go to Oz for a month. He tries to raise some money by holding a poker night, and Masood joins in, recklessly gambling some of Tamwar’s University fund.

Linda wants to go on a girl’s night to cheer up an unhappy Sharon, but she ends up blubbing herself when talking about her son in the army, Lee. Bianca gets increasingly hammered to Carol’s disapproval, and blurts out a secret…
​
Elsewhere, Lauren, Whitney and Johnny are having a good night, and Lauren admits she’s seeing an older man… 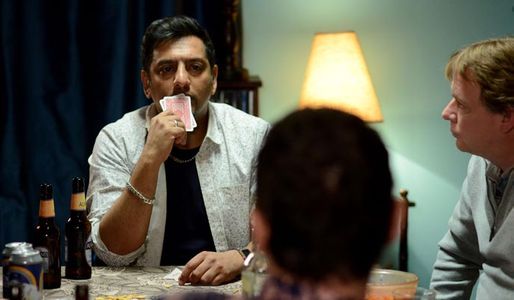