it’s soon time for Bobby’s hearing to start. At the court,Bobby arrives and a nervous Ian watches on – but will Bobby be coming home?

The Carters rally around Sylvie who wondered off from her care home but Babe is less than pleased by her return. The social worker soon arrives and as he explains the situation, Sylvie has been upsetting other residents; Linda and Mick agree Sylvie can stay the night until they find another option. But Babe is left fuming by the decision giving Linda doubts about her decision to help Sylvie.

Martin turns to Sonia for help with Bex and despite Bex’s pleas, Sonia arranges a family meal with Shakil. Despite getting off to a good start, Martin and Shakil soon begin to argue leading Sonia to step in and take charge. The pair eventually make amends and Bex thanks Sonia for her help.Realising how much her daughter needs her, Sonia arranges an appointment with her surgeon.​​ 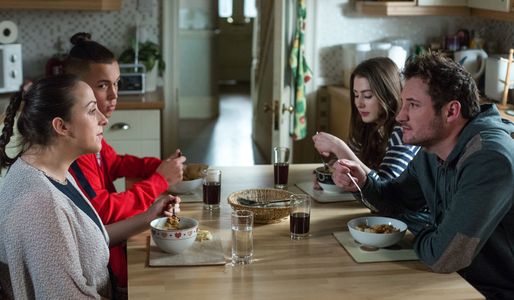