Linda and Whitney are horrified to discover an unconscious Babe and she is quickly rushed to hospital. The next morning, Linda is determined to get to the bottom of what happened to Babe but Johnny grows concerned she is just distracting herself from the worry of Dean’s trial. Linda confronts Claudette and demands to know why she was arguing with Babe the day before, wondering if she was behind Babe’s attack but Patrick jumps to her defence.

Across the Square, an angry Donna and Vincent remind Patrick about everything that’s happened with Claudette and he admits she did leave at one point to go to the shops. Suspicious, Donna andVincent confront Claudette but she denies having anything to do with Babe’s attack. With her family turning their backs on her once more, Claudette tells Mick and Linda what she’s been doing to Pam and Les

A nervous Roxy prepares to give evidence and tells Ronnie she wants to face it on her own​. Denise and Kush continue to see each other in secret. Carmel gets the market enforcement officer job. Elsewhere, Buster grows frustrated when Shirley refuses to open up about the trial.
​ 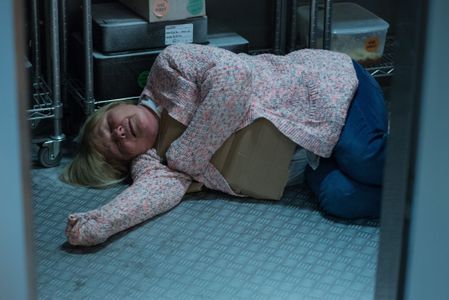