The Beales are shaken when they receive a visit from the police to update them on developments in Lucy’s murder investigation. Although they don’t give them a name, the police do inform them that Jake will be released. After spending time with a haunted Ian, Mick sets him straight and a furious Ian wants answers.

Lee continues to persevere with Whitney but receives another knock back and whilst seeking advice on women from Tina he discovers the dodgy dealings she’s been up to in the café.
​
Jay accompanies Abi on a University open day but they end up arguing, keen to keep her in London Jay sneaks in to the Branning’s to leave her some chocolates as an apology. He is shocked however when he sees Max and Emma together… 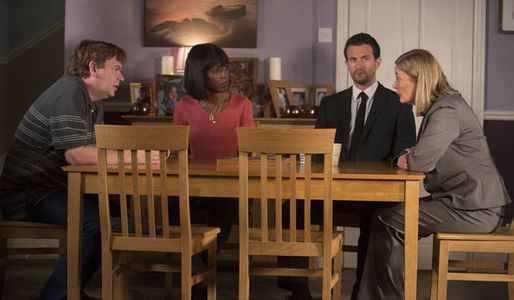