The Carters celebrate Lee’s birthday but he’s in no mood for celebrating and quickly leaves. Back in the Square, Shirley spots a solemn looking Lee and he admits he’s worried about letting Whitney down. After some supportive words from Shirley, Lee kicks off his birthday drinks and tells Jack they no longer want the flat. However, Lee hasn’t told Whitney the news. As Whitney’s excitement grows,so does Lee’s guilt and he finds himself going to desperate measures in order to pay the deposit.

It’s Masood’s final day in Walford but Denise is determined to make him stay. As Denise puts her plan into motion, the pair have a heated argument but will she change his mind? 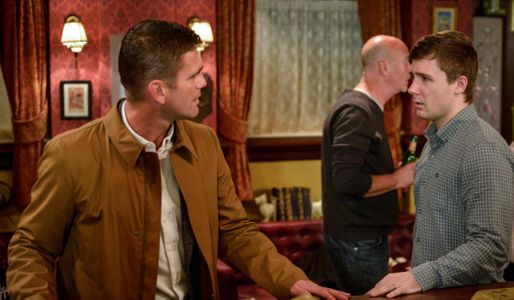