With Mick growing frustrated at the lack of answers about Ollie, Linda sends him home to support Lee and Nancy as they talk to the police. Nancy tells the officer about Ollie’s accident and later on, Mick tells her that no one blames her but does he believe his own words?

Meanwhile, Ben and Jay are surprised to see a determined Phil on his way to the support group. When he arrives however, he bumps into a face from the past, who he learns is the counsellor causing him to leave. Back in the Square, Ben sees Phil return and calls him pathetic for bailing on the group. Giving up, Phil heads to The Vic and starts to drink and things quickly spiral out of control when he brings up Ollie to Mick. Touching a nerve, Mick attempts to hit Phil but is stopped by Buster. Later on, Mick admits to Shirley and Buster that he blames Nancy for Ollie’s accident.

Elsewhere, with Stacey improving, the doctor suggests a home visit but Stacey is taken back when she realises Martin has to be there. Lily, Bex and Sonia later arrive and Stacey is touched when Sonia offers to support the home visit with Bex saying she wants to spend time with her little brother. Feeling guilty about her lie, Stacey lies and tells them that Jean has offered to look after her instead. Back in the Square, both Tamwar and Martin return but Kush gets more than he bargained for when Martin punches him. 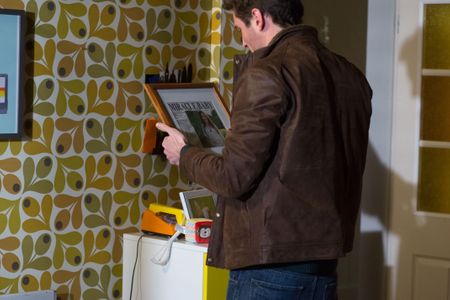 Eastenders 31/03 - Ollie Isn't The Same As Before His Accident