It’s a night of revelations in Albert Square as Buster confronts Shirley about her behaviour and soon learns she did meet Dean’s daughter. With emotions high, Shirley comes clean about her fears leading Buster to take surprising action.

He overhears Shirley and Buster and confronts the pair about what they’re hiding from him. Fuming, Dean gives Shirley some home truths about her parenting and heads to Blades where he finally snaps before breaking down in Buster’s arms.

After reminiscing about the past with Denise, Shirley comes to a decision and heads off to get some cash. At Blades, Shirley tells Dean she’ll stand by him and the pair head off to his daughter’s address leaving a worried Buster. When they arrive, Shirley asks the foster father for a DNA test so they can prove Dean’s the father but will he agree? 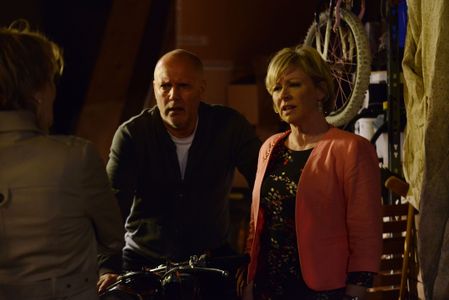