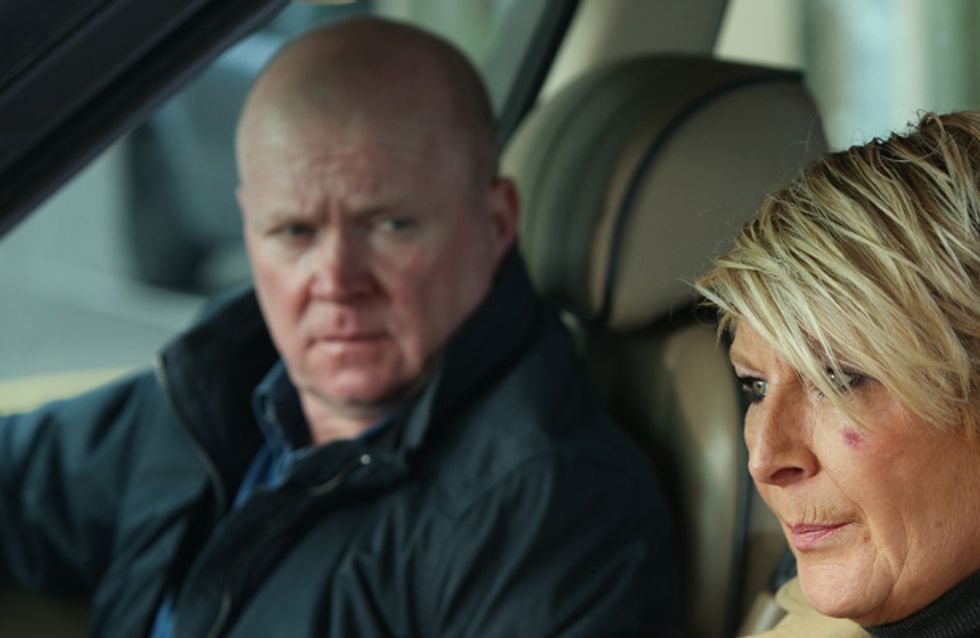 Phil wants to find out what Carl has done to Shirley, believing her to be dead. But he’s surprised to find that Shirley is alive and living with her estranged sister Tina. Phil convinces Shirley to come back to Walford, but how long will she stick around for? And has Carl got a trump card up his sleeve?

Lauren and Abi are concerned about Max, who hasn’t left the house all weekend, while Kirsty battles with her guilt.
Lauren is shocked to find that Ian really did lie and that Peter and Lucy knew all along. She seeks comfort in the arms of Jake and lets it slip that she loves him.

Ian is hiding away at home and Peter is disgusted after realising that Ian would have shown up at court if it weren’t for David intervening. News spreads after Peter’s showdown with Lauren, and Carol tells a stunned Denise the truth.
David and Masood continue to butt heads over Carol.
​
As his wedding approaches, Alfie asks Ian to be his best man.