Eastenders 18/11 – Stan says that Babe knows where Shirley is 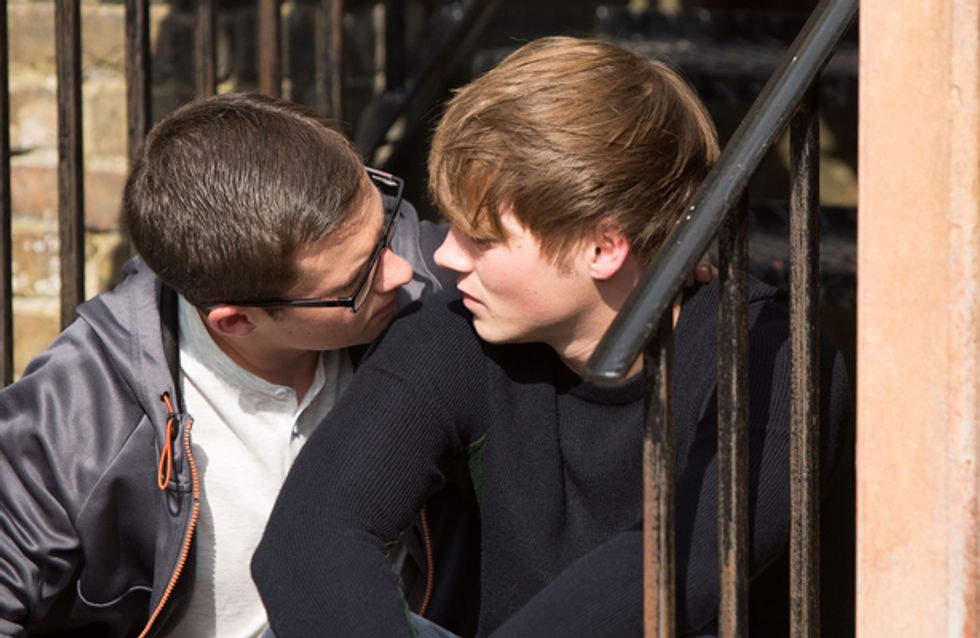 Mick interrupts Aunt Babe and Stan arguing and is surprised when Stan says that Babe knows where Shirley is. Caught off guard, Babe tells Mick that someone has been living in their caravan but she reckons it’s just kids messing around. Mick decides it’s worth a look and, after some encouragement from Stacey, Dean joins him. During the journey, Mick reminisces about the holidays the family used to have and how he can remember Shirley being a great mum to Dean when he was a baby.

Mick and Dean finally find the old caravan but seeing Shirley isn’t in it, they decide to head back to Walford. However they soon see Shirley heading towards them. Shirley is surprised to see them and realises Aunt Babe has been playing her when Mick explains that Phil is fine and has covered for her with the police – there’s no need to hide. Mick asks Shirley to come home and explains that Stan is dying from cancer. Although floored by the news, Shirley refuses and says they are all better off without her.

After Mick and Dean leave, a man emerges from the darkness and embraces Shirley.

At The Albert, Lee’s birthday celebrations continue and the atmosphere is sombre as they discuss Stan. Lee is annoyed to see Ben there and is very vocal about the fact he doesn't want a murderer hanging around. Although invited by Johnny, Ben works out that he isn’t wanted. Johnny tries to stop Ben from leaving and whilst outside, apologises for Lee’s behaviour. Ben leans in to kiss Johnny but hears Abi approaching. Ben then starts shouts at Johnny to back off and pushes him away. Suddenly defensive, Ben calls Johnny names and overhearing, Lee explodes and aggressively attacks Ben. During his rage, Lee accidentally knocks Nancy over and everyone is shocked at how aggressive he has become. Fatboy and Lauren comment that Whitney will hear of his outburst leaving Lee wondering whether his relationship is over.

Abi escorts Ben back to hers to clean him up and as she is helping him, he kisses her. Abi is confused, however she soon responds and Ben wonders if he can convince everyone that he is straight.

Stan finds Cora in the Café however she is unhappy with him for keeping the cancer a secret from her. He tries to reason with Cora 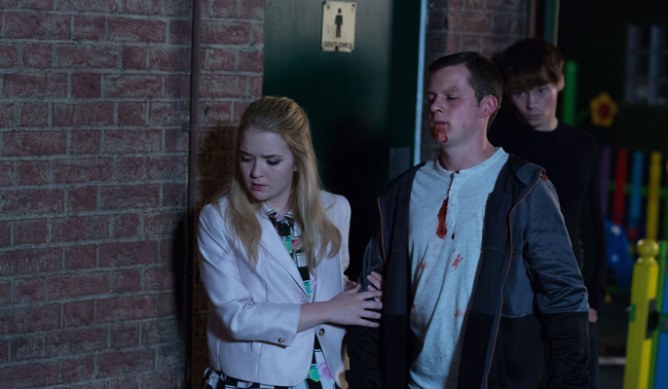