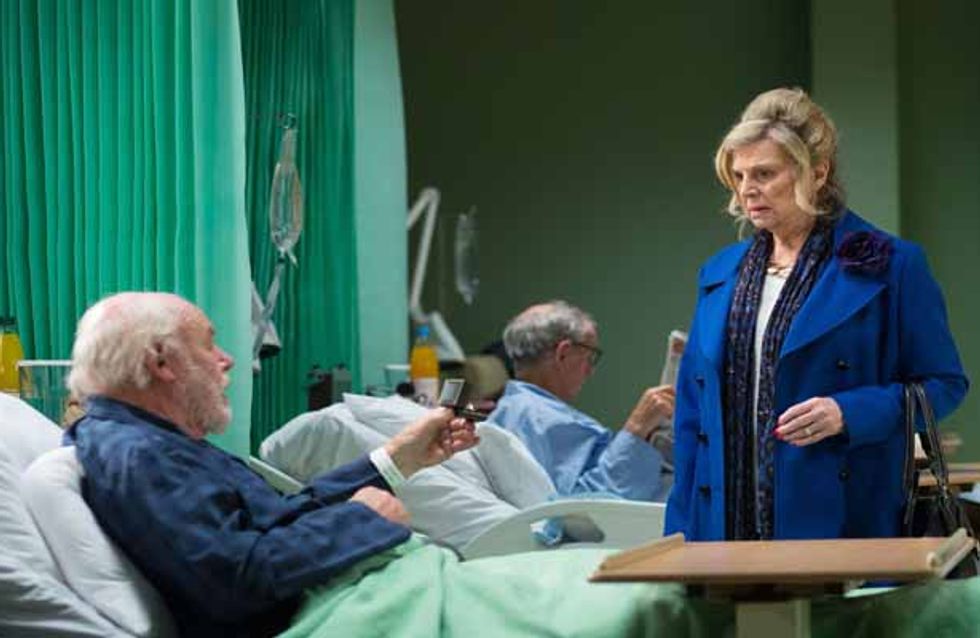 A lonely Stan grows frustrated at his hospital roommate Cyril (played by Andrew Sachs) but is soon cheered up when Tina arrives and apologises for what she said. Stan’s day perks up even more when Cora arrives but it’s clear Aunt Babe is less than pleased by her presence and the pair soon come to blows. After an upsetting incident at the hospital, Babe opens up to Cora.

Elsewhere, Martin bumps into Carol and talks about Rebecca and his relationship with Sonia. After talking to her mum, Sonia suggests a family dinner but a reluctant Martin makes an excuse and passes. Outside, Sonia bumps in to Tina and the pair discuss the night before. After coming clean about their feelings, Sonia tells Tina she thinks they should give the relationship a try, much to Tina’s joy but she wants to keep it a secret. The pair are interrupted by a phone call from Stan asking Tina to bring him something …

Back at the hospital, Tina arrives with Stan’s request and Cora soon returns and apologises for leaving. Alone, Stan takes a chance and proposes to Cora leaving her stunned – what will Cora decide? 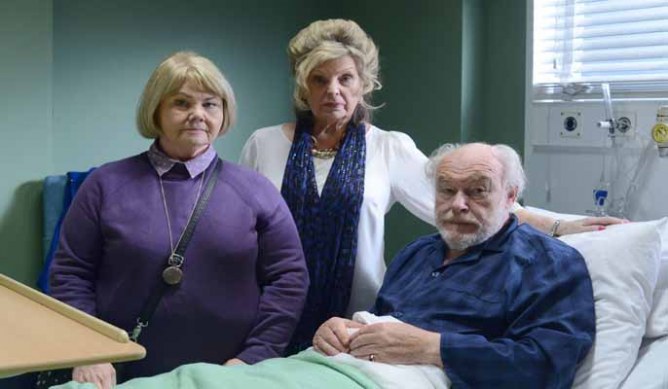