Buster promises Carol to help her fix her dad’s motorbike. He then later finds himself bonding with Vincent over a game of chess. After seeing a different side to Dean following his outburst in Blades, Buster attempts to talk to a resilient Shirley but has no luck.

Elsewhere, Sonia grows concerned when she realises Liam has been taking large amounts of food from the kitchen and talks to Carol about his behaviour. Despite her mother’s insistence that nothing is wrong, Sonia confronts Liam causing a huge argument between Sonia and Carol.

Kush struggles with Ramadan but is quick to remember he’s doing this for Shabnam when teased by Martin. Later on, he bumps into Masood who invites him for dinner on his own but Kush stands by Shabnam. At the Market, Martin invites Stacey to help at the allotment and although she initially declines, she later arrives and the pair open up about their past. The atmosphere turns frosty however when Martin grows flirty and Stacey quickly leaves. Back at the flat, Stacey spots a happy Shabnam and Kush. 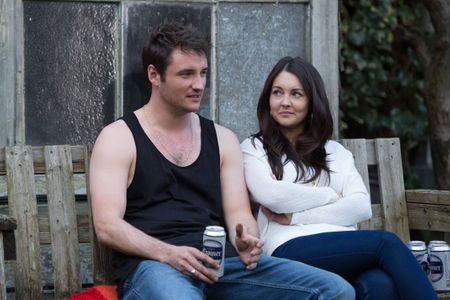