Emotions are high for the Beales as Ian struggles to celebrate Father’s Day leaving Steven feeling rejected despite attempting a father-son gesture. Over at The Vic, the matter grows worse for Steven after an awkward conversation with Ted. Meanwhile, Abi’s jealousy towards Lauren increases when Max invites Lauren to join them in the café. After Jack and Lauren work together to arrange a surprise for Max, Abi storms off. Outside, Abi tries to support an emotional Steven but fed up of Lauren, Abi gets her revenge when she tells him of Lauren’s abortion.

Worried about Louise, Sharon takes it upon herself to find the truth about what happened. As Arthur spends the day with Kush, Lily finds out about Stacey’s pregnancy and accidentally lets the cat out of the bag. As everyone celebrates in The Vic.

Ted and Joyce are upset when their daughter, Judith, cancels her visit. 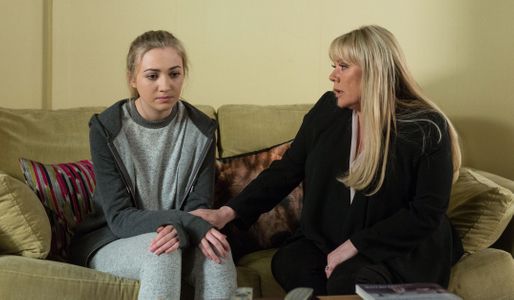