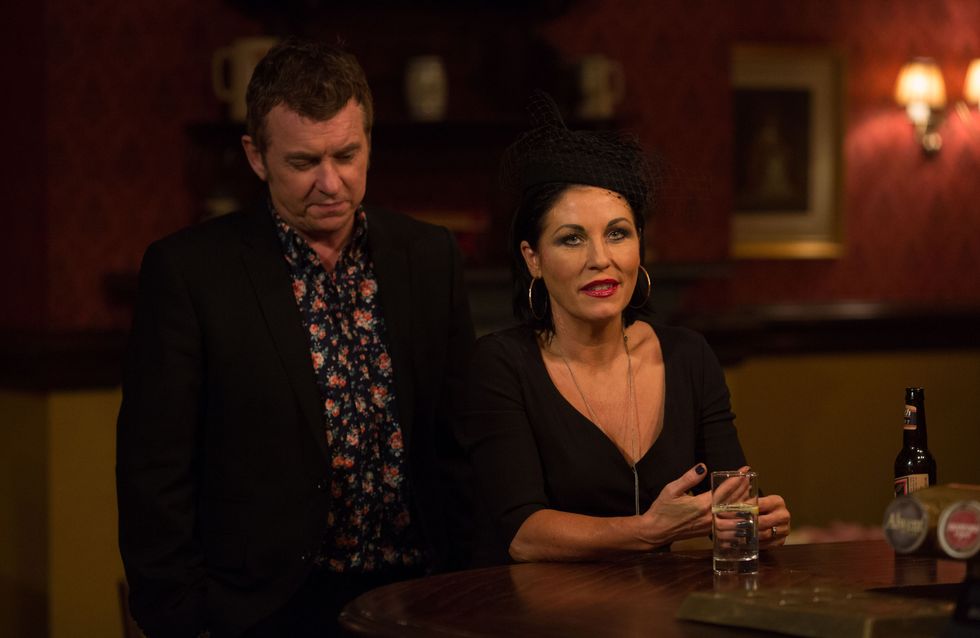 Kyle turns up in the Square to see Stacey but Martin tells him to leave. However Stacey sees this and with her psychosis intensifying, she quickly grows concerned for Arthur’s safety. When Martin lies about who was at the door, Stacey feels betrayed and panics. Meanwhile, it’s the day of Charlie’s funeral and Kat is still nervous about attending because her family don’t want her there. Alfie tries to support Kat but they are interrupted leading Kat to grow increasingly concerned about her. Across the Square, Sonia encourages Martin to get help for Stacey.

As everyone arrives for the funeral. Outside, the residents gather to leave but after spotting Kyle, it all becomes too much for Stacey who protectively shields Arthur from her friends and family. After realising all is not well with Stacey, Kat follows her to The Vic and is alarmed by her behaviour forcing Kat to tell Martin to back off. Dot later joins the gathering but continues to fret about Stacey. Jean and Ollie arrive and interrupt the conversation and after a nod of approval from Dot, Stacey lets Jean hold Arthur.

As the residents gather in The Vic, Kat is livid when Belinda secretly meets Tommy. Back inside, Stacey panics when she sees Jean has given Arthur to Martin and when Kyle also turns up, it becomes too much for a frantic Stacey who tells everyone Kyle is the devil. C/H

Elsewhere, Shirley becomes emotional at the thought of Phil having no one to support him. Buster is layer dismayed to find her upset and worried about Phil. After Patrick compliments Babe’s cooking at the wake she offers to cook him a dinner “for two”. 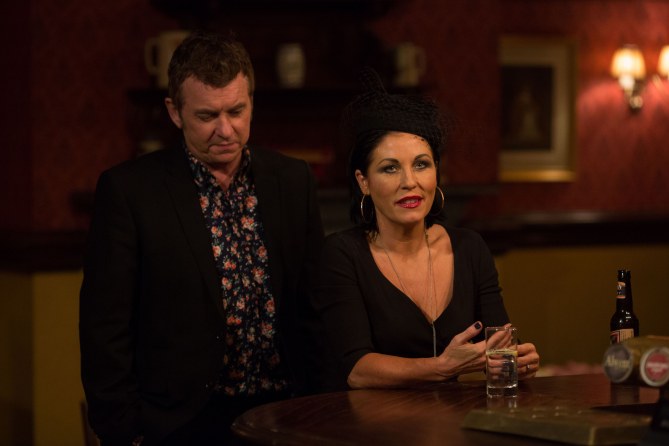