Masood gets a call from Zainab with some surprising news. As Tamwar reels from the news, he realises he needs to tell Masood the truth about going to Italy. Meanwhile, Tina attempts to help Masood and creates a dating profile for him and hesoon finds himself on a date. Things don’t quite go to plan though when the date arrives and leaves before even introducing herself knocking Masood’s confidence. Carmel and Denise spot the incident and despite Carmel defending Masood, Denise shares some harsh words about Masood’s attitude. Outside, Tamwar worries about leaving his dad in such a state and tells Masood he won’t leave him.

Elsewhere, Sharon and Linda talk about their worries and Sharon organises a team for the darts league. Later on, Ben and Sharon have a heart-to-heart. Martin realises his new market products are useless and panics about the money he has lost. 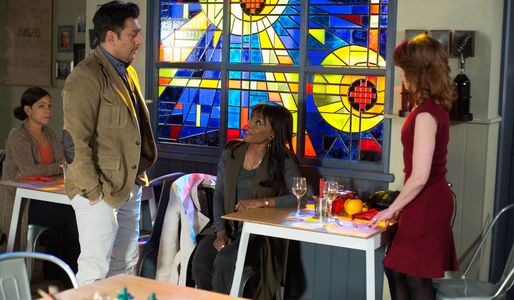