Tina is left devastated when Sonia reveals she’s leaving tomorrow but outside, Sonia gets into an argument with Bex giving her doubts. At The Vic, Sonia confides in a supportive Martin about her decision but on her way out, overhears Tina and the Carters talking about her. Meanwhile, Shirley is left to look after Sylvie but it soon becomes too much when Sylvie runs off to The Vic and Shirley tells Tina she can’t help. Annoyed at Sonia, Shirley confronts her about her behaviour towards Tina.

Whitney and Lauren discuss their problems and worried that Whitney will end up tied down at The Vic, she suggests her and Lee rent one of Jack’s flats. Lee turns to Mick and Linda for help with money but Linda is less than pleased by the idea. As Mick talks to Jack about a discount, Whitney explains her reasoning for wanting to leave to Linda who eventually understands.

It’s the day of Paul’s killer's hearing and despite Pam’s reluctance, Les insists on going to confront them. Back in the Square, Pam tells Les she’s had enough of his behaviour and he needs Christine to help him, or else she thinks the relationship is over.​​​ 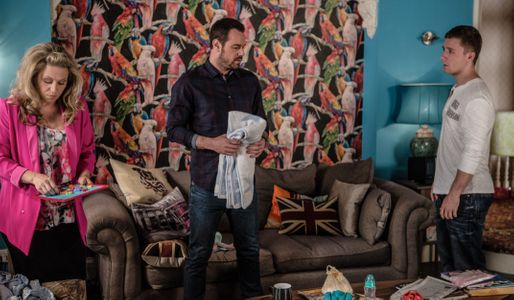 Eastenders 19/12 - Bex Is Disappointed By Shakil's Lack Of Enthusiasm