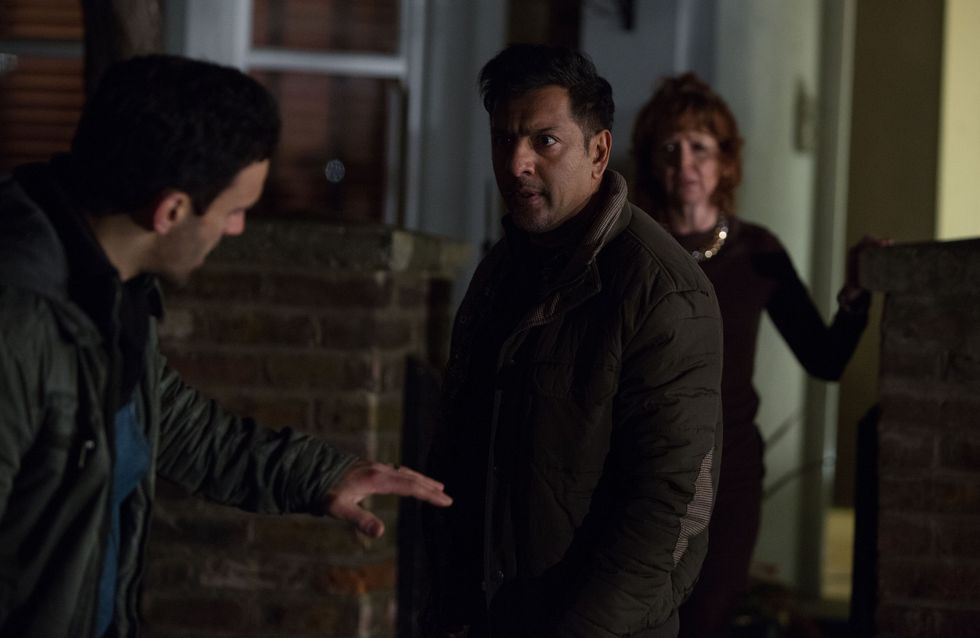 Ronnie is stunned as Hannah blames her for her parents’ deaths and she is determined to help. Meanwhile, upon seeing Pam, Honey lets slip about Hannah’s arrival and Pam wonders if Ronnie should be alone with her. Honey returns to find Ronnie alone but she is looking at her bank accounts and realises that she is going to give Hannah money. Despite Honey’s advice, Ronnie heads to The Vic and meets Tim, Joel’s brother, and Hannah.

Nancy is disappointed Tamwar hasn’t given up his job but when he explains his reasoning, she realises he may have a point. However, when Tamwar receives a call, he quickly leaves and doesn’t tell Nancy why. Later on, Nancy starts to struggle and Lee quickly realises that Nancy is having an absence and they call Linda. When Linda and Mick arrive, they realise Nancy has wet herself and they take her home. Later at The Vic, Tamwar arrives to see Nancy but Mick makes it clear he is not happy and that he can’t see Nancy as she is sleeping. As Tamwar tells them to tell Nancy he loves her, Nancy sits listening upset and disappointed.

As Masood and Carmel walk a drunk Denise home, she tries to convince them to go for a drink but it’s obvious they want to spend the evening alone. As the pair admit to each other they are more than just friends they head to Masood’s but upon arriving they soon realise the house is not empty. As Shabnam sits with Tamwar she tells them that she has left Kush and is leaving for Pakistan. Masood pushes her to reconsider, sticking up for Kush, but Carmel tells him the truth about Arthur’s parentage. Masood is shocked and disappointed in Carmel for lying and tells her to leave. Despite Shabnam asking her father to stay out of it, it doesn’t take long for Masood to head to Kush’s. When Carmel answers the door, she tries to explain but Masood shares some harsh words with her. Overhearing the commotion, Kush appears but Masood tells him Shabnam is leaving. Kush is adamant he wants to stop her but Masood punches him demanding he stays away from his daughter.

Sensing Shirley’s mood is something to do with the letter she received, Buster brings it up and she admits that it is Dean’s plea hearing on Friday and he has asked to see her. Buster tells her to ignore him but Shirley tells him she is going.

Denise interrupts Kim and Vincent’s night and sees more than she bargained for. To add to her woes, when Claudette and Patrick arrive home from their date, Claudette pushes Denise’s buttons further making her realise that she is lonely. When alone, Denise makes a call… 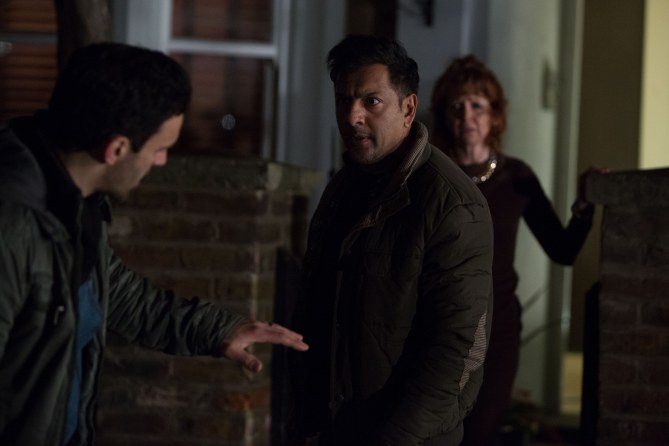