Phil returns home from hospital and is unhappy to see Charlie in his house with Ronnie. Later, at Dot’s, Ronnie apologises for Phil’s behaviour and Charlie assures her that it changes nothing. Ronnie tries to sort things out with Phil but he disapproves of her dating a policeman. What would happen if Charlie found out that she killed someone? Phil tells her it is too dangerous to get close to Charlie and that she has to end things. Meanwhile, oblivious to this, Dot gives Charlie her old engagement ring and tells him that he should marry Ronnie. Charlie broods on it but eventually decides to propose.

Thinking it might cheer Linda up, Mick asks Stacey to come to The Vic to do Linda’s hair. Despite feeling uncomfortable with the situation, Linda puts on a brave face. While chatting, Linda and Stacey get talking about Stacey’s past – and Linda realises that Stacey also had to move on from difficult times. Dressed up and looking like her old self, Linda makes her way down to the bar. Mick has decided to do a bit of matchmaking and invites Stacey and Dean upstairs for cocktails. Linda is left horrified at the prospect. How will she cope?

It’s almost time for Kat to leave hospital so Alfie takes in a dress for her to wear home and assures her that he is sorting out a place for them to live. Later, Kat looks at the short, revealing dress and hates it. She isn’t that person anymore and she’s unsure of who she is now…
​
There’s a new face on the market as Kush moves into Alfie’s old spot and his cheeky behaviour immediately annoys Shabnam. The Masoods discuss Tamwar’s 24th birthday and Masood asks Nancy if she will organise a party for Tamwar at The Vic. 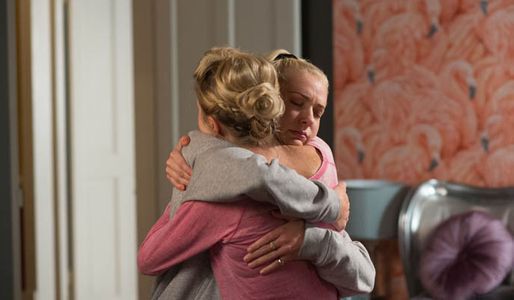