Tensions simmer between Lauren and Steven when Lauren happily tells Jane that Peter has watched the video of Louie. Alone, Jane decides to make herself useful and checks the finances for Beale’s but soon realises that things don’t add up – will Jane uncover the truth?

Martin asks for Kush’s help with decorating the Fowler’s new house and opens up about his fears that Belinda won’t be able to pay her share of the rent. Meanwhile, a confident Belinda pays a visit to The Vic and tells them she has a contract and business plan ready for their investment.

Elsewhere, Ronnie suggests Roxy spends some time with Amy this weekend but when Roxy arrives to surprise Amy, she learns Jack is taking her on holiday instead. Shakil brings up spending the night with Bex soon but is taken back when she quickly comes up with an excuse and leaves.​​ 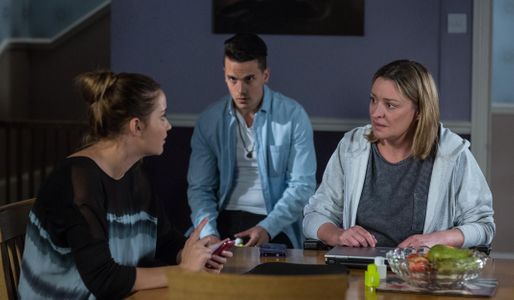