Les reels from Pam’s ultimatum and after reminding her he gave up Christine for her, storms off leaving an upset Pam. Over at The Vic, Linda spots a solemn looking Les and tries to help him but the plan backfires and he quickly leaves. Linda follows and after Les suffers some heart pain, the pair sit down together and discuss Paul’s death. Meanwhile, Pam confides in Claudette and struggles to hold it together.

Sonia prepares to leave but refuses to go without saying goodbye to Bex who continues to ignore her calls. Tina tries to encourage Bex to go and see Sonia but with no luck. Sonia leaves the Square.​

Lauren helps Jane prepare to go outside for the first time since returning home to say goodbye to Sonia. 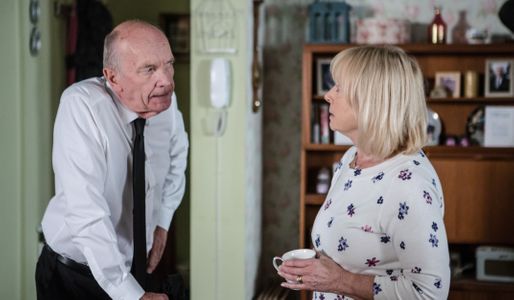