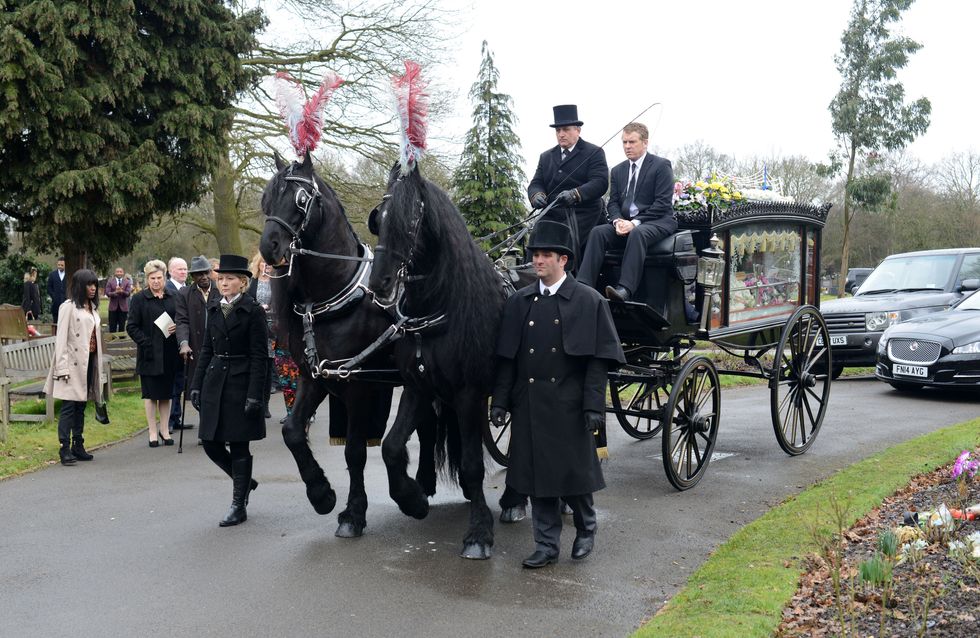 A brave Linda demands to be alone with Dean and although apprehensive, Buster and Shirley leave the room. When alone, Linda demands that Dean admits what he did to her and eventually, he starts to waiver however before Linda thinks she is about to get an admission from Dean, they are interrupted by Mick who puts an end to the conversation. Mick tells Shirley that she’s welcome at the funeral but Dean isn’t, Shirley must choose between her sons. What will she do? At the crematorium, Tina gives a moving eulogy about her dad.

Elsewhere, the Branning family prepare for Jim’s funeral and meet with the Reverend. As the Carter family leave the crematorium, the Brannings prepare to pay their respects to Jim and are shocked when an unexpected guest arrives. Dot has decided to come to the funeral.

Ronnie receives a visit from Roxy and Matthew and she asks Roxy to go the funeral to support Dot and Charlie. After Roxy leaves, Vincent (Richard Blackwood) arrives at the hospital looking for Ronnie.

Billy is left in charge of the Branning and Carter funerals but things don’t get off to a good start. Has he taken on too much? 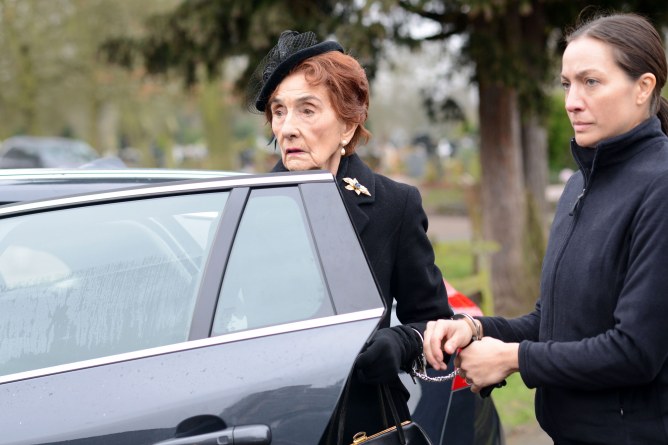