Tensions are high in Albert Square when Sharon confronts Phil over the text message demanding he comes clean about who “K” is. After physically grabbing the phone from Sharon, Phil sees he needs to go to St Pancras to meet Kathy but he lies about who “K” really is.

Phil soon leaves to meet Kathy but does Sharon believe his story?

Sharon admits she thinks Phil is having an affair telling Ian about the text. With some encouragement from Ian, the pair head off to St Pancras to find out what Phil is up to – will Ian and Sharon finally learn the truth about Kathy being alive?

Elsewhere, it’s the day of Stacey’s midwife appointment but she doesn’t tell Martin she is going, claiming she is going to Lily’s school. At the appointment, Stacey opens up about her fears of taking her medication whilst pregnant. Back in the Square, Stacey apologises to Linda for snapping earlier but they are interrupted by Martin who tells Stacey he knows she didn’t go to Lily’s school. Linda covers for Stacey and the pair talk about Stacey’s dilemma.

Shabnam and Kush try to get to the bottom of what’s wrong with Carmel and after some encouragement, are stunned to learn her ex-husband is selling the house and she has nowhere to live. The pair soon find themselves trapped when Carmel moves herself in. 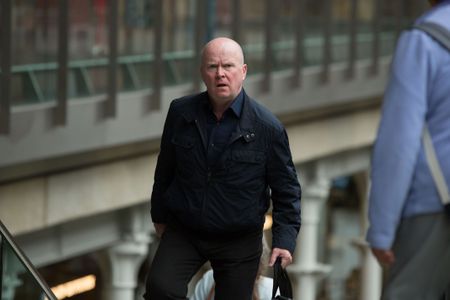