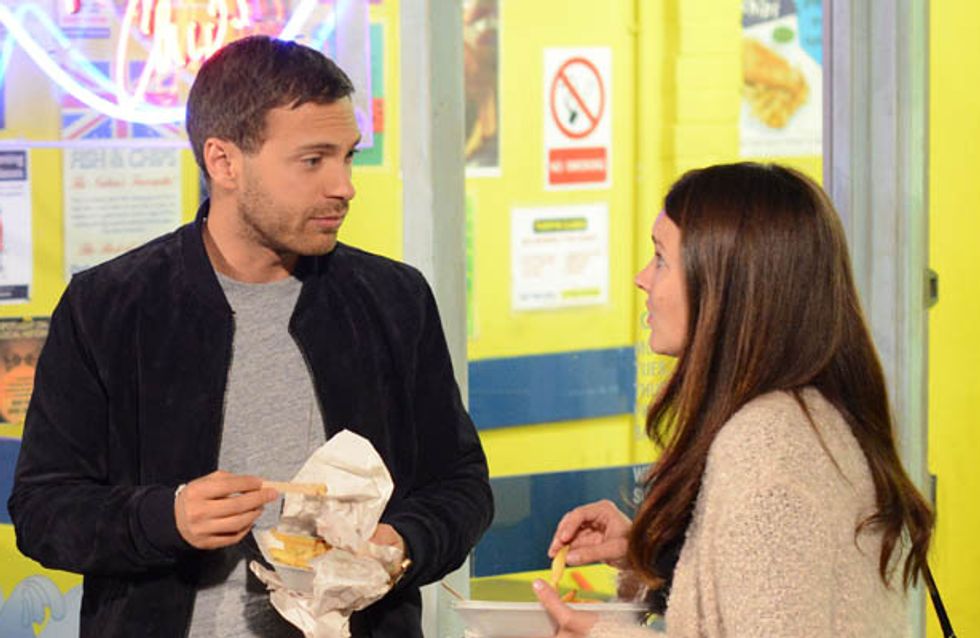 Back at The Vic, Mick’s plans with Dean and Stacey don’t quite go to plan when a terrified Linda is forced to sit next to Dean. Linda soon finds herself left alone with Dean and struggles to stay composed. A deluded Dean tells Linda that he doesn’t want Mick to get hurt and that they should probably end things between them. In the kitchen, Stacey asks Mick if he knows that Alfie started the fire…

After leaving The Vic, Dean invites Stacey to his flat where he suggests that she could rent his old room if she needs a place to stay. Stacey returns to the Masood’s where she finds Alfie drunk. 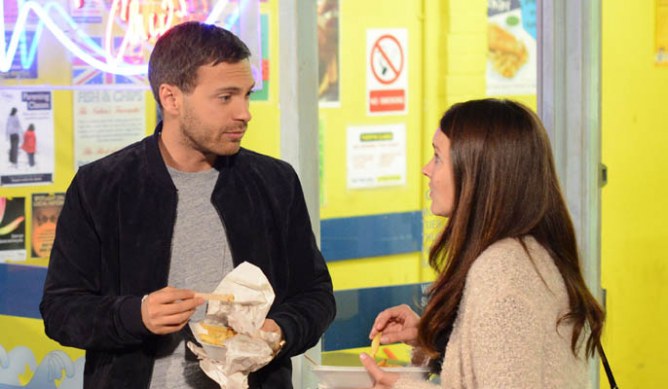