It’s a big day for the Mitchells as Phil discovers he can now be considered for the liver transplant list after being sober for six months. The mood turns, however, when the doctor explains he may not get a liver in time as his condition hasn’t improved. Back in the Square, Ronnie realises all is not well and Phil admits he feels undeserving of a new liver. As Ronnie pleads with Phil not to give up, Sharon comforts a distraught Louise who tells Sharon they have to do whatever they can to help him. Phil later returns home to a surprise arranged by Louise. The surprise doesn’t go down well and as Phil crumbles under the pressure, he tells his family he’s not having the tests for the transplant list, he’s going to die. Jack takes a reluctant Ronnie to visit the house in Ongar but she shares her doubts about moving.

Patrick questions Dot about booking the appointment for her eyes but when she refuses to do so, he is forced to do it himself. Whitney and Lee move into their new flat but Whitney worries about Lee’s mood and confides in Johnny that she’s scared she’s done something wrong. Things look up when a happy Lee returns from work but his mood soon changes leaving Whitney to wonder what’s going on. 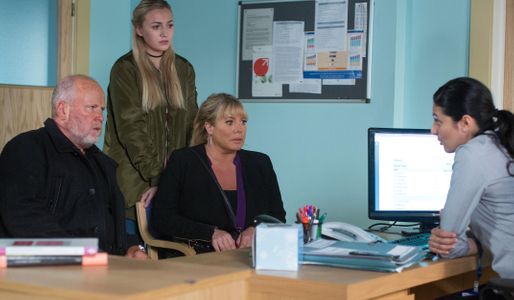